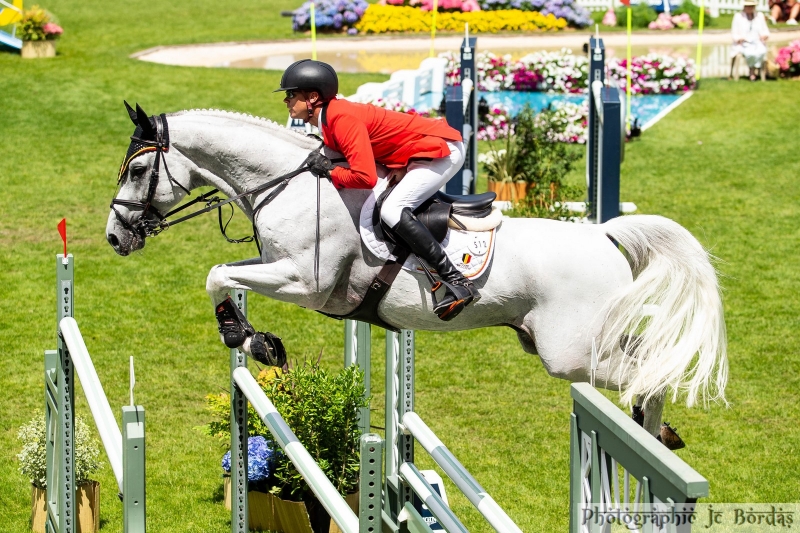 After a very successful start to his career at Pim Mulder (Netherlands), the reins were taken over by Jerome Guery in 2020. Together they were very successful in the Nations Cup of La Baule (0/4) and Rotterdam (0/4).

The stallion is currently being used for breeding and is available both fresh and with frozen semen. After the breeding season he will continue his career with top rider Marcus Ehning.

Sire: The stallion Mylord Carthago has already proven himself in the past at the highest level in the sport with Penelope Leprevorst. She won team silver at the 2010 World Cup in Kentucky and she won silver again with the team at the 2011 European Championship. They also won several GP's and took part of the London Olympics games in 2012. But this stallion has also become successful in breeding. Besides Milton Z, there are already many offspring who have reached the highest lever of the sport such as Bingo du Parc with Harrie Smolders, Vertigo du Desert with Luciano Diniz and Tolede de Mescam with Kevin Staut.

dam: Shakira Z from Sandro Boy and was successful herself at the 1.55 level with Peter Wylde.  Milton Z is her oldest offspring who was still born for her own sports career. Since 2019, Shakira has been fully used for breeding. She is from holsteiner consistent an highly reputable 104b-3 damline. A dam line which has consistently over 5 generations provided 1.60 class performers. It's the dam line of stallions such as VDL Corland, Carneval, Caretano, Contendro I and performers such as Carsten Otto Nagel's mare Corradina 2, as well as BB Corlandia mounted by W. Mellinger.


His production has proved to be consistent and homogeneous. All his foals are morphologically correct and with a natural presence of a great class. They stand out of their extremely high balanced, modern models with plenty substance, naturally strong, long, and flexible backs, ideal models for the modern high level sport. Milton Z's foals have a perfect underline, with correct feet and strong hocks. A desirable amount of blood and character, they are pleasure to handle and produce as they are fast learners just like their father.

Now Milton Z is temporarily available with fresh and frozen semen. It’s the change for breeders to use this talented stallion!