Leandro VG is a combination of speed, reflexes, flexibility and an incredible winning mentality.

As a seven-year-old he became the overall winner of the Pavo Stallion Competition. Already at the age of eight he jumped flawlessly in his first Longines Ranking classes (1m45-1m50). He finished second in the CSI** Grand Prix of Lier and 7th in the Sires of the World in Lanaken.

A year later he finished fourth in the CSI** Grand Prix of Ghent!

Sire Gitano van Berkenbroeck himself performed at the highest level under the saddle of the Italian Juan Carlos Garcia.

Dam Corsica VG Z is a daughter of topverver Chellano Z, who has provided the extraordinary reflexes that Leandro has on the jump. Corsica is also the dam of the Zangersheide stallion Querido VG Z who we will see later in the sport under Christian Ahlmann.

Leandro comes from the strong "Odessa" tribe of the Van Gorp family.

Leandro's offspring are all very easy to ride and very willing to work. They have the same reflexes as their father. He gives modern, appealing models 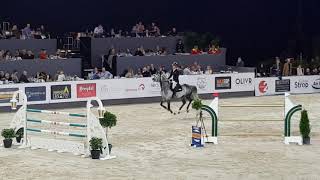 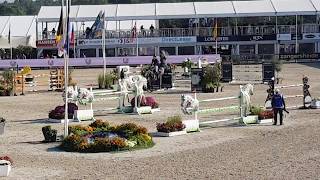 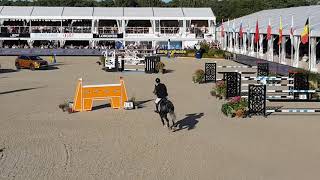 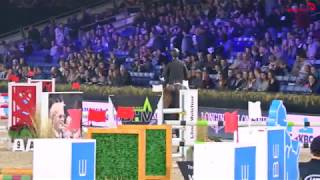